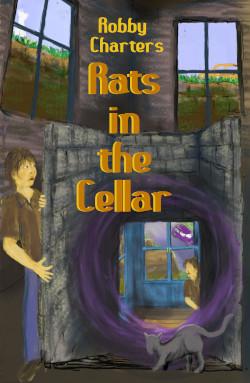 get the ePub edition
The song, For You the World Was Made is featured in this novel:
Listen to the song on YouTube

A Novella - read it in one evening

All Oscar wants to do is find a universe where his neighbourhood isn't likely to be nuked, where he's safe from his paedophile uncle, and has a loving and stable set of parents. He also wouldn't mind living as a twin to one of his other doubles. But the cat has bigger plans…

Many boys, all look more closely alike than twins, all named Oscar Wild Daugherty, are, in fact, the same boy from different parallel universes. In their house, are two sets of stairs, one up in the top floor, one in the cellar, that appear to go nowhere, but they are portals to the different universes. Each boy has discovered that once one has taken the stairs, getting back into one's own universe isn’t straightforward - so they’re lost. They wander from house to house - universe to universe - eating what they find in the fridge, living like Rats in the Cellar.

Each universe has its own dystopian nightmare. Some are on the brink of nuclear war, some hopelessly divided by politics, all in economic meltdown with electricity off as often as on, and police who only protect those that pay them.

The genre: surreal, dystopian, urban fantasy, involving multiple parallel universes. Cat lovers will love this book, as well as music lovers, and seekers of the Kingdom. 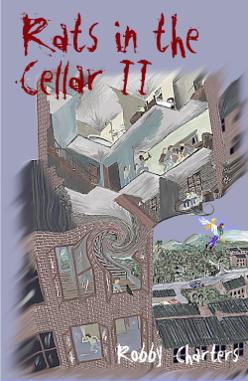 Get the ePub Edition

The sequel picks up the story following the climax of Rats in the Cellar; this time, following Louis, the bad boy, in whom the cat takes a special interest. After making sure Louis makes up for some of his nastier pranks, he sends him on a real adventure where he learns some fundamental facts of the multiverse. He teams up with yet another instance of Oscar, this one living in the street, a victim of his Paedophile uncle, who takes the name Blake. They go on a rescue mission to find the owner of their house from yet another universe, who has become lost in the network of worlds. In doing so, Louis and Blake find a home where they're accepted as twin sons of the man they rescued.

Peter and the Lost Boys:

In Part 2, they're off again with their new dad, who has taken the name Peter to distinguish him from the other instances of himself. This time they deal with the various instances of "Uncle Milton", Oscar's paedophile uncle. There are more twists and turns as they meet another creature of the same order as the cat. 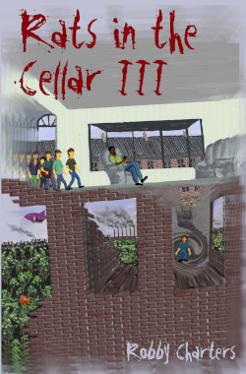 Get the ePub Edition

Part 3 of the Trilogy:

The diary of a nuclear physicist stuck in the 18th century tells part of the story. Some unscrupulous time travellers have pre-empted the abolition movement, turning their universe into a dark world where human rights isn't even a concept. One instance of Oscar Wild Daugherty stumbles into that world, which leads to the whole group of them going in to make a difference 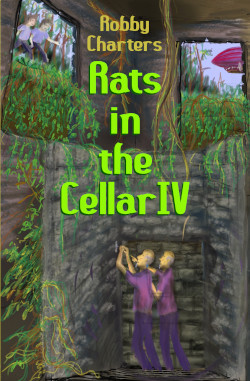 Get the ePub edition

Actually, it's not a trilogy, but a quadriligy...

You thought that the series had come to a close. It has - almost…

The time has come to shut down the parallel worlds portal in the big house on Oldhouse Road. Dr. James McSporran has arrived from the distant past to perform the task. He asks Oscar Wild Daugherty, also known as Justin, to help him.

But the task is far from straightforward. On shutting it down, they are flung into the bleak world that had resulted from the evil acts of McSporran’s two unscrupulous pupils. There the house lies in ruins. Switching the portal back on only resets the device, which will now only work on the original world and any that would split off from that. And split off, it does, resulting in two Oscars, and two Dr. McSporrans. At least Oscar will never be alone again, but how do they get home?

The McSporrans find that two heads are better than one, but one of them must stay behind. The other takes the two boys. Their route takes them through Victorian England, where the unthinkable happens. The two Oscars are taken away to London into child labour, while McSporran is put in prison for trespassing in his own house

How does one get back home when locked in a silk mill in Victorian London?

Get the Kindle Edition
(any one or all four):